Use of Asbestos at your Workplace can cause serious Lung Diseases 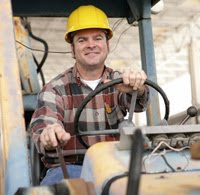 Around 1985, the Occupational Safety and Health Administration (OSHA) and Environmental Protection Agency were empowered with tough new laws that enabled them to crack down on the impact of asbestos of the health of the people. It was at this time the use of asbestos in construction and its production came to a complete halt. However, both the organizations continue to seek more specific laws for restricting the use of asbestos so that the possibility of more asbestos related diseases can be eliminated.

We can blame industry and American business for not being mindful of the health of their workers, when it was well known that the exposure to airborne asbestos fibers would result in serious lung diseases. The business community conveniently chose not to regard the danger in favor of using these asbestos for the business profits is one of the dark stories of the development of business and industry in this country. It was a matter of shame that the government turned blind eye to an increasing public health crises until the matter of new asbestos related lung diseases cases became so compelling that action was needed at governmental level.

However, since the time effective laws were put in place, OSHA has been able to crack down tremendously on the use of asbestos and how the safety of workers and the general public is safeguarded all the time.

To the not much talked about the side of intense regulation that has been put in place to protect the public from the asbestos exposure is that, these new legal resources have given victims of asbestos related lung diseases have a recourse. Though this is a faint condolence when you have lost your health, but at least it will mean that the legal system has introduced some fairness to the matter.