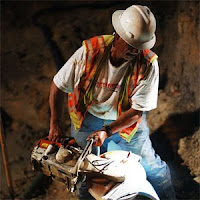 Omaha, Neb. - OSHA other name for Occupational Safety and Health Administration has cited Farmers Union Coop Supply Co. of Stanton, Neb., with one alleged willful and nine serious violations after a worker was suffocated from lack of oxygen in the boot pit of a concrete grain elevator on June 19.

The willful citations are proposed for the hazards that are associated with permit-required confined spaces. Specifically, the employer failed to evaluate permit-required confined space conditions by testing atmospheric conditions in the boot pit for carbon dioxide and oxygen levels prior to the entry. A willful violation is issued by OSHA when an employer shows plain indifference to or intentional disregard for the safety and health of the employee.

The company was proposed with serious citations for the failure to address adequately hazards that are associated with walking and working surfaces, permit-required confined spaces, wring methods and grain handling facilities. A serious citation is issued by OSHA when death or serious physical harm is likely to result from a hazard about which an employer knew or should have known.