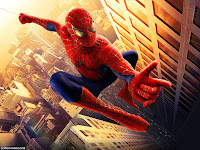 Spider Man’s been hunted down by the Green Goblin, the Lizard and even the Venom, but the webbed superhero hasn’t been challenged by what could possibly its most powerful foe – the US government. At least up until now.

The show has already been plagued by a number of different problems ranging from rewrites and delays to actor injuries, the last of which has resulted in the musical and its production company being issued with 3 citations for workplace safety standard violations, by OSHA.

The troubled musical, which has cost nearly $65 million to finance, now faces a fine of $12,600. The citations were issued because of injuries that were caused to 4 separate actors during performances that began towards the end of last year. The most notable incident being in November, wherein cast member Natalie Mendozaand suffered a concussion and in December, wherein Christopher Tierney fell into the orchestra oit and fractured his skull and broke a few ribs.