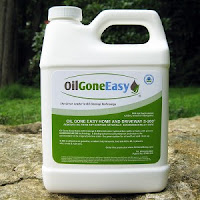 A hydrofluoric acid leak was reported last week in an Ohio oil refinery. The leak has since sent 1 worker to the hospital and has required the use of a ‘water cannon’ to disperse the gas. This event has brought much attention to the potentially hazardous nature of the chemical, which is used at least 50 refineries across the country.

The Marathon Oil Refinery has reported that nearly 145 pounds of hydrofluoric acid escaped during an incident that occurred on February 23rd. The cause for the escape was reported to be equipment failures. The workers were evacuated as soon as the leak was reported. Remedial steps were taken, including flooding the exposed are with water.

The oil refinery industry is vulnerable to a number of hazards, including fires, explosions and even mechanical breakdowns that can put the workers at great risk. Such incidents show lack of safety measures taken and this can lead to a great calamity. In the past 5 years, this Ohio refinery has been cited by OSHA more often than most of the refineries that use HF.