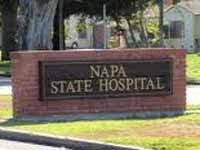 Cal/OSHA’s safety personnel have issued a fine of $100,000 against the Napa State Hospital for slaying a psychiatric technician in October and neglecting to restrict the movements of patients that are violent – including the man charged for the strangling.

Cal/OSHA issued these citations on Tuesday against the psychiatric hospital, which has experienced a steady increase in the number of patient assaults on staff and peers in spite of going through a U.S. Department of Justice lawsuit in 2006.

The gravest of all citations includes that the hospital has violated its own policies by not restricting its patients’ ground passes. The hospital knew that the patient responsible for Donna Gross’ killing has a past and recent history of aggressive behavior, stalking and illegal drug usage. But in spite of this, they allowed him to walk around the hospital without any supervision. The patient in question, Jess Willard Massey, has pleaded not guilty to all charges of murder and robbery on the grounds of the hospital where patients are held.

Since the death, employees at the hospital have been pushing for improvements, including: more officers and segregation of violent patients.