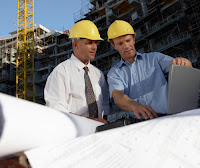 OSHA is looking for feedback on its recent plans to alter the 300 Log, a form which contains all the details on various workplace illnesses and injuries that should be completed by most businesses in the United States on a regular basis.

OSHA has been aiming to restore a column of the log that requires employers to fill in details on the various musculoskeletal disorders at the workplace. Many opponents of this decision to restore the column have complained that it is in reality an attempt to actually revive an ergonomics’ standards that was repelled a decade ago.

Before this, OSHA’s injury and illness log consisted on a column that put the MSD’s and hearing together. OSHA had planned to separate these two columns, but the MSD column was removed entirely. Opponents to this have claimed that the new column might come as an unnecessary burden to most businesses. However, OSHA head, Mr. David Michaels has said that most small businesses will not be required to update the log, and only those employers who are already mandated to maintain injury records will be required to track MSD’s in the log. To clarify this, OSHA has also offered 3 teleconferences for small businesses with regards to the MSD proposal.