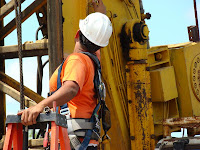 OSHA has never neglected any death of worker that happens at workplace and always tries to find out the cause behind it so that such accident or mistake can never occur again.

Recently, at Dannon's yogurt plant in Fort Worth's medical district, a worker was caught by machinery on 13 February. The worker died after six days and the report showed that he got head and chest injury. He has left behind his wife and three children. Feel the condition of the family after the death of the main earner!

Proper investigation is not possible for those workers for many reasons and the result shows many times the guilty of the worker's. OSHA has solved this problem by taking such cases to be investigated themselves. As the main federal agency of the US department of Labor, OSHA has done the best part of their service so that the workers can live a life where they feel secure and satisfied. On the other hand, the family members also will get some kind of relaxation after knowing the real cause of the death.

Whatever the cause of the death of the worker at Dannon's yogurt plant - whether it is a equipment failure or others- all will be known well after the investigation done. OSHA enforces to find out the actual reason to ensure the safety of the workers. Hope, this time, OSHA will successfully investigate the death case and bring a new hope for the workers.