OSHA has Listed Work-sites with Highest Injuries and Illnesses 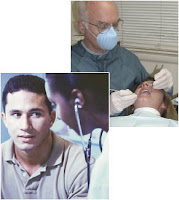 Based on the most recent survey, Occupational Safety and Health Administration or OSHA has released a listing of 15,000 work-sites that have the highest numbers of illnesses and injuries in the nation for their industries. OSHA has stated that they have sent a letter to the work-sites along with the copies of their illness and injury data as well as the list of the most frequently cited OSHA standards in their specific industry.

The Assistant Secretary of Labor for OSHA, Dr. David Michaels has announced in March 9, 2010 that, “Receipt of this letter means that workers in that particular establishment are being injured at a higher rate than in most other businesses of its kind in the country.” According to him the employers whose companies have high injury and illness rates need to take instant steps to protect their employees.

The fact is that being under the OSHA scanner is not a good thing for a company let alone being cited. Many companies have been cited by OSHA in the past and the fine that they have to pay is immensely huge. If you don’t want your company to come under OSHA scanner then, as an employer it is your duty to provide safe and healthy environment to your employees. OSHA do make surprise inspection from time to time and you should always be prepared for that. You must comply with their rules and regulations.