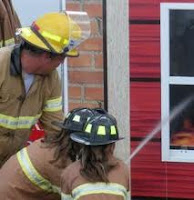 Last weekend, a four year old boy drowned in a manure pit. A local agency claimed on Tuesday night that the child's death could have been prevented. This incident adds to the list of several farming deaths that have occurred in the recent years.

According to 'Safe Kids', an organization that works on the safety of children, these accidents prove that more efforts have to be put in to educate the public on farm safety.

The manure pits are the hidden hazards on farms, as per Sue Lackmann of Safe Kids Lancaster County. “To somebody who doesn't know what they're looking for it looks like a hole in the ground and young children, being young children, they will take that opportunity to go and look at it and explore“, she added.

Farm owners should fence the pit or cover it and lock it up. However, there are no official safety requirements issued by the Occupational Safety and Health Administration. The farm fatalities seem to have hiked in the year 2008 with a sum of 44 deadly accidents.

Although, OSHA has not issued regulations for safety regarding manure pits, it is the responsibility of the parents to talk to their kids about the do's and the don’ts at a very young age.