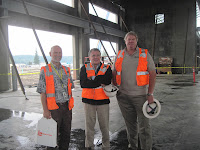 The Warner Robins Air Logistics Center has recently received a few more OSHA citations that deal with violations in workplace safety. 27 citations were reportedly given out to the center on Monday and another 20 are expected to be given in the next few days.

The center received 13 citations last May. The citations had to do with the employees being potentially exposed to excessive levels of lead, cadmium and chromium in a building, where nearly 200 workers were present.

The latest citations on the other hand came because the OSHA inspectors continued to inspect the center and its maintenance processes at a number of different locations right through to January this year. The citations that were received on Monday fell into 3 basic categories: exposure to lean, cadmium and chromium, administrative failures as there was improper documentation of worker injuries and concerns over fall protection and the usage of hard hats.