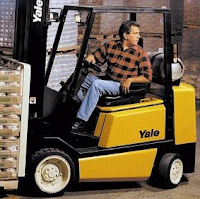 A man from Sussex County is in a critical condition after he was injured in a forklift accident. The incident took place at a Hackettstown construction site. Gregory Schimdt, aged 41, was working for the Blue Ridge Lumber Co. Detective Darren Tynan said that he was working at a senior citizen residential facility under construction on Route 57 at the time of the accident.

Apparently, Schimdt was trying to place pieces of wood under a pallet of lumber for elevating it so that a forklift operator could take off the Blue Ridge delivery truck. The forklift driver was not present at that time. But, he had left the forklift in drive, according to the police. The victim was manually widening the forks for accommodating the pallet. This caused the forklift to roll forward, pinning Schimdt against the truck.

Tynan said, “We don't know after the forklift driver got off the vehicle where he went to. All we know is he got off the forklift and left it in drive”. Schimdt was pinned against the truck for an undetermined amount of time when someone found him and moved the forklift away.

The Occupational Safety and Health Administration are now investigating into the accident. The area director in OSHA's Avenel, NJ office that covers Warren County, Patricia Jones said, “We received a call this afternoon that there was an accident involving a forklift on Route 57 in Hackettstown. We do have a compliance officer on the way to investigate”.