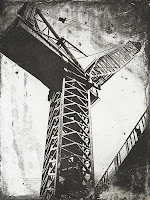 A construction worker was fatally injured when a bulldozer ran over him in a construction accident. This accident was really fatal with a front end loader killing a worker. A tragic accident occurred which killed a 34 year worker by hitting with a bulldozer which was driven by another co-worker.The construction worker Kirk Patrick of Hampton reportedly rode in front of scoop bucket of the bulldozer which was being operated by another worker, where there were clearing the road. The co-worker run over by the front-end loader at a specific point which lead to injury.The investigators are also not able to rule out how the worker fell into scoop of bulldozer which made him run. The construction worker was an employee of Muller Contractors. The officials with state police department responded to the scene of the workplace accident. So the OSHA officials would now be conducting a full investigation to know the exact cause of accident.