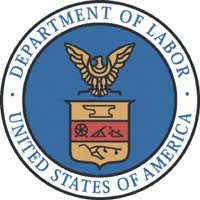 OSHA has cited Fluid Management Systems for 29 violations of safety and health standards at Watertown Mass, in a production plant. The manufacturer of analytical instruments would face a total of $125,000 for penalties which is chiefly the form of chemical, electrical, and respirator hazards.
The inspection found that employees who are working in close distance to electrical circuits would end up without proper training. The OSHA standards require that circuits would be de-energized so that the employees work on them and proper equipment need to be supplied for the rare instances where de-energizing is not feasible.
The various electrical hazards which were found during inspection were all related to uncovered electrical parts, equipment or openings failing which would lead to de-energizing of electrical parts before working on them which would train employees for safe electrical work practices allowing unqualified employees to work on energized equipment.

Such investigation have revealed out two willful citations with a proposed penalty of around $70,000 with lack of personal protective equipment to work for energized electrical circuits. Along with this OSHA has cited 26 violations with penalties amounting to $53,000.

OSHA defines a serious violation to companies who have intentional disregard for employee safety and health. Such violations are issued when death or harm could result to the hazards about which employer should have known of.
The Fluid Management System has 15 business days from the receipt of citations to comply an informal conference with OSHA director to contest an independent citations for the proposed penalties.