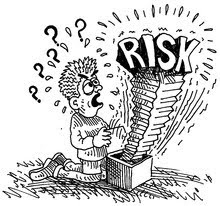 OSHA has cited Sinclair Refining Company with one alleged violation following an inspection at company’s crude oil refinery. The total penalties totaled to about $240,750 following an investigation by OSHA which was done following the month of February.

The inspection was done as a part of OSHA’s National Emphasis Program into the petroleum refinery cites across the nation. Such inspection was a planned process through which the officials would be able to identify the hazards associated with the employees of that company and help them take necessary corrective action to prevent accidents.

The company was cited with penalties following hazards which identified process hazard analysis (PHA). This PHA which is required by OSHA officials identified them as electrical equipment in a crude unit which is capable of creating a ignition source for the vapors.

Generally these PHA has been able to identify the early warning devices for flammable releases. Not correcting these hazards had lead to the inspection of OSHA officials. The serious citations include 38 violations which were issued for hazards associated with safety management, portable fire extinguishers, emergency response and evacuation and others.

One serious violation was being cited wherein there was a probability that death or serious harm could have been resulted which the employer should have known of.
Seeing this violations the company has 15 business days from receipt of citations within which it can request an informal conference with OSHA director in Oklahoma City to contest for citations and penalties before OSHA commission.