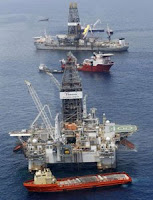 On Wednesday, in a meeting, members of the governor’s Oil Spill Economic Recovery Task Force berated the BP officials for not getting Florida money to market itself. However, this anger mounted when a new crisis arose – consumers were no longer interested in buying the Gulf of Mexico seafood. This in turn has started to affect the local markets.

For instance, Task Force member, Mr. Nelson Mongiovi, stated that even Walmart has begun removing fresh seafood from some stores. Furthermore, he stated that the seafood wasn’t being removed because of possible contamination, but because the demand had fallen so dramatically.

Present below are some comments made by Mr. Nelson Mongiovi about the sorry plight of the seafood industry:

Hence, one task member even suggested that an “our seafood is safe” campaign be started.

Eventually, this very meeting was opened to the public. During this public session, it was brought to light that BP was not responding to the claims of desperation of fishermen and small business owners. For instance, an owner of a Tropical Smoothie franchise, said he has heard nothing since filing a claim six weeks ago.