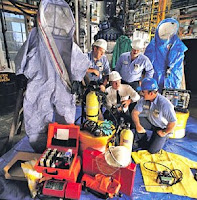 Yes! Shocking indeed. SeaWorld has now stooped to its lowest of lows, by pouncing on the devastated victims in an effort to clear it scarred image.

Believe it or not, but SeaWorld has even fired an employee, Linda Simmons, after she tried to cooperate with the federal investigations that were being carried out by the Occupational Safety and Health Administrators (OSHA).

In an interview with ABC, Linda Simmons stated that, “everyone who came to work at Sea World was given what she called the "Tili talk", it was a warning about the killer whale. She went on to say that, "They talk to you about going into the water with Tili," and "That if you go into the water with Tili you would come out as a corpse."

SeaWorld blasted these allegations by releasing a statement that stated that, Linda Simmons, "used the threat of negative publicity to seek a sizable monetary payment from SeaWorld in exchange for her not going public with these false allegations."

After a thorough investigation, OSHA found Seaworld guilty of committing 3 primary safety violations. In turn, OSHA fined SeaWorld a total sum of $75,000. With regards to OSHA's conclusions, SeaWorld stated that they were "unsupported by any evidence or precedent and reflect a fundamental lack of understanding of the safety requirements associated with marine mammal care."