SeaWorld Requests to Keep OSHA Hearings away from the public 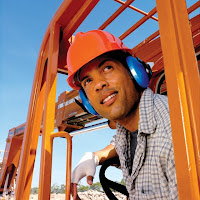 After the tragic death of the SeaWorld trainer last year, OSHA has cited the marine park in Orlando for knowingly placing its employees in risky situations without providing them with adequate protection. Today, SeaWorld seeks closed hearings before a judge.

It has been said that an Orlando judge has been asked to sign a “Protective Order” for the upcoming SeaWorld vs. OSHA hearing, effectively keeping the details of the case away from the public. In the case, SeaWorld will be contesting the OSHA findings, including the citation for a willful act of knowingly endangering its employee’s lives, following the investigation into the death of a killer whale’s trainer last year.

In the past, SeaWorld has managed to successfully keep a secret out of all the cases regarding employee injury, like the crippling of trainer John Sillick. It is expected that they will try to do the same for the death of their lead Orca trainer.

However, if an order is issued by the presiding judge, then it can ban the public from taking part in the hearing and can seal all contents like the expert witness testimony and the documentation and evidence. If this attempt is successful, then expert witnesses in the trial will not be allowed to write or discuss anything about the case in public.