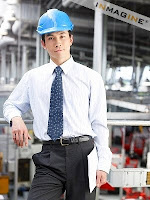 Roofing fatalities have been on the rise and have doubled in the last few years. Workers involved in this field are at high risk. Last Tuesday, a worker fell from the roof of a commercial building on Stone Castle Road in the Town of Montgomery while repairing it. According to the police, the worker, named Gary Shatlaw, was 26 and fell 40 feet down and died. He was from Beacon and was working for OCS Industries. This fatal accident has caught the eye of OSHA, who in turn has started investigations into the case on the lookout for potential safety violations.

On the other hand, OSHA cited C.A. Franc construction company and a proposed penalty of $539,000 for the company was found following an investigation of a roofing worker who fell 40 feet to his death at a Washington work site. The owner Christopher A. Franc was cited for the willful violation of failure in providing his employees with falling protection gear.

Dr. David Michaels, Assistant Secretary of Labor for OSHA, said, “Mr. Franc knowingly and willfully failed to protect his workers from falling to their death. We will not tolerate this type of blatant and egregious disregard for the health and safety of workers.”

OSHA has helped the workers by investigating into the accidents that occur in the workplace. The investigation on fall accidents is done by OSHA to ensure the safety and the health of the workers.