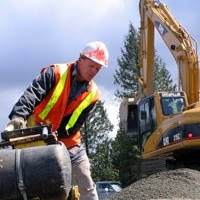 OHSA (U.S. Department of Labor's Occupational Safety and Health Administration) has found the Ford Motor Co. Buffalo Stamping Plant in Hamburg, N.Y., allegedly violated OSHA safety standards. The company did not repair or remove the unsafe overhead cranes from their service. OSHA inspected the site in January 2010 in response to a complaint from workers at the plant.

OSHA standards require the employers to inspect the cranes or other heavy vehicles that are used in their workplace to identify if there is any unsafe condition. And while find any such condition, the employers need to remove it from operation until the hazards are corrected. OSHA has found five instances of using overhead cranes to lift and set dies or lift coils of steel were allowed to remain in service after defects were identified during inspections conducted in 2008, 2009 and 2010. The citation included worn brake drums, loose or sheared coupling bolts, and worn or damaged gears.

Arthur Dube, OSHA's area director for western New York, said, "Management's ongoing knowledge of and failure to correct these repeatedly recognized defects exposed workers to potential crushing injuries had one or more of these cranes failed. It should not take an OSHA inspection and enforcement action to prompt an employer to complete necessary repairs that should have been made months, even years, ago."

OSHA has proposed a total penalty of $70,000 defining a willful violation as one committed with plain indifference to or intentional disregard for worker safety and health.

Robert Kulick, OSHA's regional administrator in New York, said, "One means of preventing hazards such as these is to establish an effective comprehensive workplace safety and health program, in which workers and employers work together to proactively evaluate, identify and eliminate hazardous conditions."