Company at Illinois Cited for Exposing Workers to Hazardous Dust 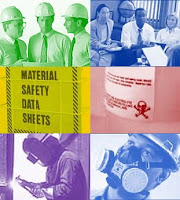 A company in Illinois has been cited by the U.S. Occupational Safety and Health Administration for willful violations. The federal government has alleged that the employees at the work site are exposed to perilous levels of hazardous dust without being provided with the right kind of personal protection and breathing equipment.

The Occupational Safety and Health Administration announced that it has cited the U.S. Minerals for violations at the company's facility in Coffeen. Coffeen is around 60 miles from the South of Springfield. The headquarters are located at Dyer, Ind. The Vice President of U.S. Minerals, Jakon Vukas, says that the company completely disagrees with the citations. The dust cannot be categorized as hazardous. He also added that U.S. Minerals plans to contest the citations.

U.S. Minerals has been slapped with a heavy fine of $396,000 by the agency. In all, 28 different citations have been issued against it. According to OSHA, the kind of dust that is produced at the company's work site can cause health disorders. It can also be the reason of debilitating lung disease. The company deals with the manufacturing of roofing and abrasive blasting materials. These materials are made out of slag that is produced at coal fired power plants.