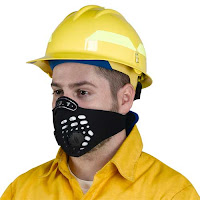 Safety should never be overlooked when it comes to working in oil fields. OSHA has now made it compulsory for all Oil & Gas companies to follow a certain set of rules and safety standards while sending workers out to the oil fields.

Although rare, flash fires are the most dangerous and most feared hazards that workers can encounter on the oil fields.

Oil and Gas companies have made it compulsory for everybody working in oil fields to wear FRC’s or Flame Resistant Clothing in an effort to combat flash fires. However, these clothing pieces are hot and extremely uncomfortable. OSHA still maintains that although flash fires are extremely rare, in the case of an occurrence, every worker will be much safer wearing protective clothing instead of cotton. But many experts wonder whether it is worth having every worker don fire proof suits and exposing them to heat-related sicknesses just because there is a small chance that a blowout may occur.