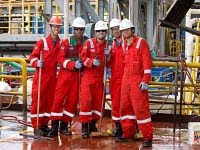 Recently, the United States, Occupational Safety and Health Administration (OSHA), issued several notices of unhealthful or unsafe working conditions, to the FAA's Regional Airport, at Mansfield Lahm. A total of 13 safety violations were cited. However, one of the violations was considered as 'serious', because the employers basically failed to provide their employees with a diagram of the designated emergency exist routes.

This particular OSHA inspection was conducted on the 15th of June. During the scheduled inspection, the OSHA inspectors found seven other-than-serious, five repeat and one serious safety violation, at the facility.

The FAA spokeswoman for the Great Lakes and central regions, Elizabeth Isham Cory said that, "The FAA corrected several of the items during the June inspection”. She further went on to state that, "Other items were corrected immediately afterward.”

Some of her other statements are mentioned in the list below:

"All items, with the exception of three of the other-than-serious violations, will be corrected within 15 days."

"The FAA views the safety and well-being of its employees as a primary concern."

"The FAA is conducting a system-wide review to ensure all facilities are in compliance with all OSHA regulations."

As you can see, the FAA has taken the necessary steps in order to avoid any future violations.