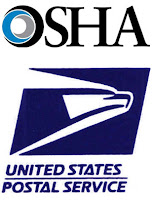 The Occupational Safety and Health Administration has cited the U.S. Postal Service's Boggs Road distribution center with repeat and serious safety violations. The penalty proposed is over thousands of dollars.

On Wednesday, $80,000 in penalties against the Duluth facility was announced by OSHA. These penalties detail seven distinct violations. The cited violations also include two grave ones that are issued only “when there is a substantial probability that death or serious physical harm could result” from the hazard.

In a statement issued by OSHA's Atlanta area office, director Bill Fulcher said, “This inspection points to the need for employers to develop, implement and maintain programs that ensure hazards such as were noted here are connected, and that employee exposure to these hazards is eliminated”.

OSHA has cited the Postal Agency with five repeat violations with a total of $75,000. These violations are issued when an employer has previously been cited for the same violation within the last five years.

The above mentioned five violations include lack of prevention of accidental start up of machinery; allowing material to be stocked in front of circuit breaker and electrical panels; presence of unused openings on electrical, fire and receptacle boxes; use of flexible cords in the place of fixed wiring; and absence of electrical strain prevention clamp on the dock lights.

The two serious violations include failing to mark the exits in a way that they are visible and housing dock lights that are broken and expose electrical wiring. These citations total up to a proposed fine of $5,000. OSHA has granted 15 business days for the company to comply or contest the findings.