Construction Company at Alabama cited for Cave-in hazards by OSHA 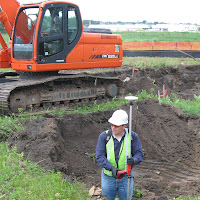 J & P Construction of Tuscaloosa, Ala., has been cited by the U.S. Department of Labor's Occupational Safety and Health Administration. The company has been booked for safety violations of exposing employees to cave-in hazards during the installation of storm drains along Highway 98. The proposed penalties sum up to $45,500.

The agency has issued one willful violation on the company with a penalty of $38,500 for not installing an adequate protection system while trenching. A willful violation as defined by OSHA is a violation committed with intentional knowing or disregarding the requirements as laid down by the law or showing indifference to employee safety and well being.

Also, the company has received two other serious violations for allowing employees to work in an 8 foot trench without adequate protective equipment and training and for failing to have ladders or other equipment for means of egress. The proposed penalty for these two citations sums up to $7,000. A serious violation is issued by OSHA whenever there is a substantial probability that death or injury can occur due to a hazard about which the employer should have known.

The OSHA director of Jacksonville, Fla., James Borders, says, “The employer knew there were trench boxes available at a near work site, but chose not to use them and put the lives of its workers at risk. Disregarding the safety of workers is unacceptable and OSHA will not tolerate it”.

The company has been granted 15 business days from the receipt of the citations to either comply, or request for an informal conference or challenge the citations in front of an independent Occupational Safety and Health review Commission.