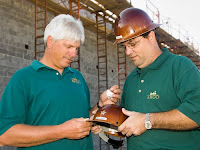 Daisy Construction Co. was cited by the Occupational Safety and Health Administration for alleged trenching violations and awarded a total of $67,000 as penalty.

After being notified about imminent danger faced by workers while installing utility lines, OSHA had initiated an inspection and found two willful violations and a serious violation.

Excavation is one of the most dangerous operations in the construction industry. With proper precautions, cave-ins can be easily prevented. The company had left its workers at risks of potential injury and possible death by bypassing the necessary safeguards.

The company failed to provide their workers with adequate protective system that would prevent cave-ins and prevented them to work in an unprotected trench. These acts are done intentionally and OSHA has slapped two willful violations for putting the workers’ lives in danger.

The serious violation was awarded due to the failure to instruct the employees on how the hazards can be recognized and prevented. A serious citation was issued when there is a substantial probability of serious physical harm or death and employer knew or should have known about the hazard.