OSHA May Penalize Heavily For the Gas Main Rupture 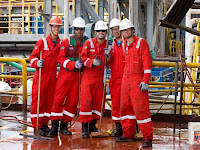 Six days ago, Lee County faced a disastrous gas main rupture, fire and explosion. TECO gas blamed Posen Construction for the cause of the unfortunate incident. However, the latter has still not issued a comment on the situation stating what happened and why.

At the same time, the Occupational Safety and Health Administration, OSHA, in Tampa has confirmed that the situation is being thoroughly investigated. The fines for willful violations can go up to seventy thousand dollars, says the assistant director of the OSHA office. He also said that the serious violations can draw fines of up to seven thousand. Those who are repeatedly fined for the same violation can be fined up to ten times the original penalty. OSHA is supposed to issue a citation or find a violation well within the first six months of the incident. OSHA has not confirmed how long the investigation might last.

TECO gas says it isn't its liability to pay for the losses of those customers who didn't have natural gas. It has blamed Posen Construction for all the damage. Some restaurants have even claimed the loss of business due to no gas. Patrick Ho of TECO says, “It was an act, beyond our control, so we do not have to pay claims”.