Rochester Company Gets Penalized for Lying To an OSHA Inspector 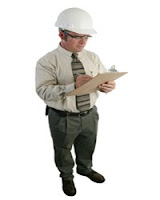 The jury found Gordon-Smith guilty for they had made certain false statements to an OSHA inspector who had received complaints from GSCI employees. The Occupational Safety and Health Administration inspector had visited the site, three times in 2007 and on each and every occasion Gordon-Smith lied.

The Assistant Attorney General for the Natural and Environment Resources Division, Ignacia S. Moreno, said that, “Gordon-Smith knowingly exposed workers and public areas to the toxic air pollutant asbestos,” he further stated that the verdict should send a strong message to those in the asbestos abatement industry”.

Furthermore, Special Agent-in-Charge for EPA Office of Criminal Enforcement, William V. Lometti, said that exposure to asbestos can be fatal and the government will not tolerate illegal activity that puts the public at risk of cancer or other serious respiratory diseases,” he further stated that, “The message is clear that those who endanger human health and the environment will be vigorously prosecuted.”