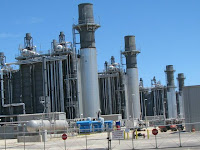 Utility giant, Pacific Gas & Electric Co. has been ordered by the California workplace safety regulators to pay a hefty fine of $176,000. This Electrical organization has been penalized with such a huge fine after a worker named Maximiliano Martinez of Windsor in Benicia had died, after he was electrocuted, earlier this year.

Pacific Gas & Electric Co. was ordered by the state Department of Industrial Relations to pay the fine, after Cal-OSHA, the agency's Division of Occupational Safety and Health blamed the utility for lax enforcement of safety rules. OSHA is a regulatory body that tries to maintain workplace safety by issuing and enforcing certain safety and health rules and regulations.

Cal-OSHA Issued a statement that stated that the utility had committed a "serious, willful accident-related" violation of safety regulations. Martinez had been upgrading a transformer that was fed by 12,000-volt power lines in an underground vault on Panorama Drive, when he was killed. Benicia paramedics were called to the scene. Unfortunately, they had been unable to revive Martinez, who had worked for PG&E for five years.

On the other hand, the Department of Industrial Relations said that this March 17th accident was the sixth death of a PG&E employee. In 2008, PG&E was fined nearly $40,000 after a worker died from electrocution.