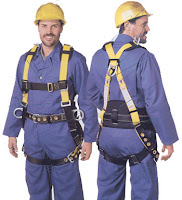 Over the years, Ava Miller along with hundreds of others, have lost several loved ones to workplace fatalities, in the past 4 decades. Their emotional voids have yet to be filled. Yes! Nearly 316 workers have died, whereas 343 were left seriously injured. They carry their scars, in the form of lost limbs or disfigurements.

The Occupational Safety and Health Administration have conducted 15,000 inspections, since 1972. Its important to note that, these inspections highlighted nearly 14,844 safety violations.

The steel industry is very often fraught with danger. Unfortunately, the industry didn’t seem to do much about prioritizing safety, for according to OSHA inspectors, it recorded the highest number of serious safety violations in the region.

The state and federal OSHA inspections have highlighted nearly 1,303 serious safety violations that have specifically occurred in the steel mill and blast furnace category, over the past 37 years. The Occupational Safety and Health Administration defines a serious violation, as anything that poses a great risk of injury or death.

The deputy commissioner of Indiana OSHA, Mr. Jeff Carter, recently said that, “A lot of that has come from more cooperation between labor and management," he also went on to say that, "We don't see as much head to head between those groups on the topic of safety as we have in the past. Society in general has less tolerance for unsafe cars, unsafe toys and also unsafe workplaces."