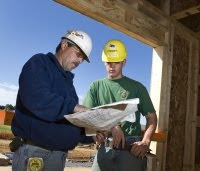 The Occupational Safety and Health Administration has penalized the Dave Shaw Concrete & Block company, for allegedly committing several safety violations, after a worker was killed and buried at a large building that was under construction near South Park in Hermosa. The fines have mounted up to a total sum of $128,945.

Shaw stated that he would be appealing the fine. He even called the fatal mishap a “terrible accident.” but he did say that OSHA's conclusions were inaccurate in some areas and this in turn has painted a misleading picture.

Alejandro Valladares, was just 29 years old, when he plunged head-first into a hole in the ground. The Cal-OSHA investigators found that the company endangered Valladares, when they placed him on a wooden platform. Furthermore, the hole he had fallen into was not properly covered or otherwise protected. With regards to the open hole, Shaw had this to say, “ You have to uncover the hole to pour concrete.”

Krisann Chasarik, a spokeswoman for Cal-OSHA said that safety-related fines can vary, “from a few hundred dollars to a few hundred thousand dollars.”
She went on to say that, “This is obviously on the higher end, and we don’t commonly see citations this large.”

Regarding Valladares death, Mr. Shaw had this to say, “We’re a big family. We have about 35 employees, two of them from the start in 1976, and others on through all the years. We all know each other and we work together. Definitely this is a family business. Everybody is devastated by this.”