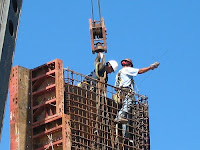 Yes! What you have heard is true. OSHA has fined, Whitesell Corporation a total sum of $3,071,500. The investigation concluded that Whitesell had committed a staggering number of safety and health violations, 72 to be exact. Primarily, workers and employees were exposed to several amputation hazards.

The Secretary of Labor, Hilda Solis, released a statement, which stated that,“Whitesell willfully tampered with the safety mechanisms of its hydraulic forging presses at its Tuscumbia plant to speed up production, resulting in the amputation of a worker’s hand.”

Mr. David Michaels, the assistant Secretary of Labor for OSHA, even said that, “This employer knowingly exposed these workers to serious injuries,” he further went on to say that, “The objective of OSHA’s actions today is to save the hands, and perhaps the lives, of other workers in the future.”

These “willful” safety and health violations, arose from the plant’s failure to utilize, develop and implement tag out procedures, when dies are changed or maintenance is performed.

In accordance to the standard procedures and regulations, the company in question has exactly 15 business days, from the receipt of the proposed penalties and citations to either comply with or request for an informal conference, to contest the findings, before an Independent OSHA Review Commission.