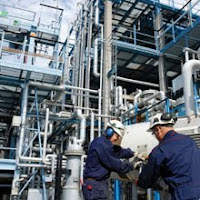 The U.S, Occupational Safety and Health Administration recently announced that British Petroleum (BP) Products North America Inc., would have to pay a record penalty of $50.6 million. These hefty fines are a result of the March 2005 explosion, that took place in its Texas City refinery.
The 2005 explosion had killed 15 workers and injured 170 others. In addition, to this penalty amount, BP has also agreed to allocate a minimum of $500 million in order to protect its employees from any future hazards or mishaps.

The Secretary of Labor, Hilda L. Solis said that, "This agreement achieves our goal of protecting workers at the refinery and ensuring that critical safety upgrades are made as quickly as possible," she further went on to say that, "The size of the penalty rightly reflects BP's disregard for workplace safety and shows that we will enforce the law so workers can return home safe at the end of their day."

In 2005, OSHA had initially fined BP a total sum of $21 million for the fatal explosion. However, in 2009, after a followup investigation, OSHA found that although the company had made changes, they failed to live up to several terms of that agreement. Thus as a result, BP has to pay a staggering $50.6 million. In total, the OSHA investigators have found a total of 439 new willful violations and assessed more than $30 million in penalties.

Due to this, Hilda L. Solis, said that, BP has agreed to establish a liaison between its boards of directors in North America, OSHA and England.