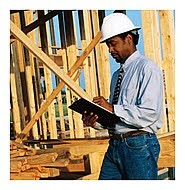 Elyria Foundry Co. LLC, Elyria, Ohio was charged by the Occupational Safety and Health Administration with 29 alleged serious and three repeat safety and health violations after a worker sustained an injury which required a lower arm amputation. Proposed penalties total $201,500.

Based on a November 2009 safety inspection, OSHA charged the company with 25 serious and three repeat safety violations with $183,000 in proposed penalties. Some of the violations addressed the company's failure to give proper personal protective equipment to employees; failure to provide sufficient eye protection while working with a sulfur dioxide tank; a lack of emergency escape respirators for employees; blocked exit doors; a lack of proper guarding on power band saws;failure in providing safety latches on crane hooks; and failure to provide fall protection.

The employer also has been charged with four serious health violations and are proposed with $18,500 penalty. The citations address the failure of the company to provide proper engineering controls and respiratory protection for workers exposed to dust containing silica; failure to ensure workers used proper hearing protection; and a lack of proper labeling on hazardous material storage containers.

The company has been provided with 15 business days from receipt of its charges and penalties to comply,or request an informal conference with area director of OSHA or contest the findings before the independent Occupational Safety and Health Review Commission.