OSHA Fines $7,000 To A Company For Oilfield Death 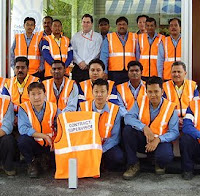 The Occupational Safety and Health Administration(OSHA) has fined a Montana company $7,000 after a worker faced death from injuries sustained while he was working for a seismograph crew near the Beach.

On 5th March, about three miles north of Beach, Christopher Whalen, 22, of Havre, Mont., was doing seismographic drilling operations for Erickson Contract Surveying, Inc. when he was injured badly after a 250-pound steel pipe fell on his head.

As a driller with his assistant were pulling pipe out of a hole on a rig, the 20-foot section of pipe was placed on the “beaver slide” and the fast plug failed or the pipe released, and that caused the steel pipe to strike Whalen in the head, according to OSHA documents.

On May 5, OSHA had issued two citations. The first one was for $3,500, cites Erickson Contract for not providing a place of employment free from recognized hazards that may likely to cause serious harm or death.

The second citation was of $3,500 was due to a lack of ensuring each affected employee wore his protective helmet when working in a potentially dangerous area, according to OSHA documents.

Deutscher said.“My understanding is that he didn’t have some sort of protective headwear ... which might have prevented it,”

Erickson Contract has been given 15 working days to contest the citations. Further Tom Deutscher, OSHA area director said,“My main concern is what have they done to correct this issue?” adding a follow-up will be conducted.

To avoid these types of accidents, OSHA has issued various safety courses for the people who are working in construction or general industry. OSHA approved courses available online will make your workplace a safer one.